For better or for worse? The changing face of Africa

Developing countries have seen dramatic improvements in many areas over the last 15 years. Despite significant overall growth in population, the total number of people living in extreme poverty (<$1.25 1990 PPP) has more than halved during this time. Primary school net enrolment rate has risen from 60% to 80%. New HIV infections around the world have fallen by more than 40% and the number of mobile phone subscriptions has risen from 738 million to more than 7 billion. [UN 2015 MDG report] Think of where you were on the first day of the new millennium. All this has changed since then.

While much of this improvement is due to the dramatic rise of several Asian economies, in particular China’s, sub-Saharan Africa has also made marked improvements, for example in primary school enrolment, gender equality, child and maternal mortality and the fight against HIV/AIDS. Sub-Saharan Africa fell short of achieving the ambitious Millennium Development Goal of halving the ratio of people in extreme poverty between 1990 and 2015, but the 14% reduction that was achieved still represents millions of people enjoying a better life. 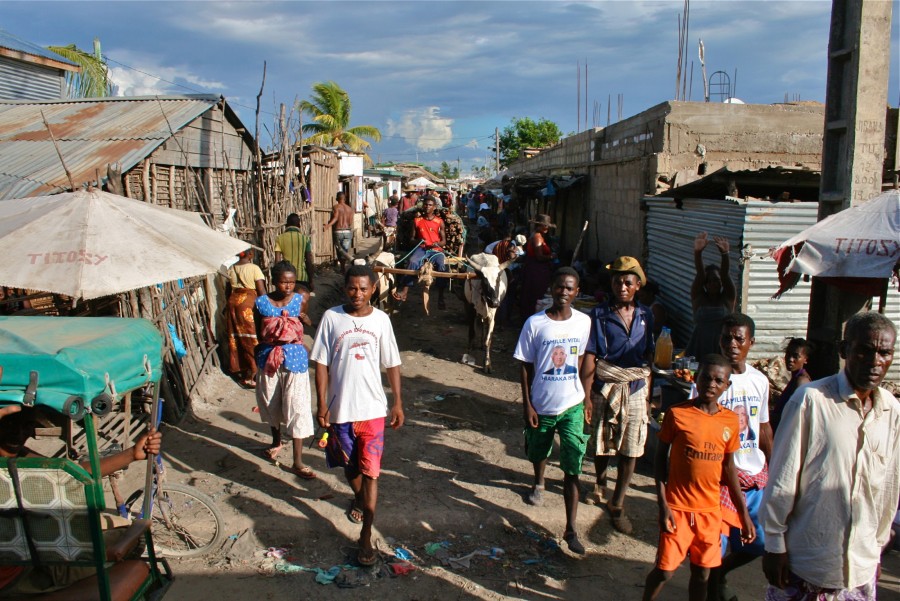 These achievements are due to the everyday work of smallholder farmers, government officials, private enterprises and employees, members of faith communities as well as local and international NGOs. The steady work of millions of people rarely makes the news but it is changing the world for the better.

While most of Madagascar remains desperately poor, it too has made remarkable progress. Between 1990 and 2013, the fertility rate in Madagascar has dropped from 6.26 births per woman to 4.47 [World Bank], in the same period, under 5-yr child mortality has fallen by more than two thirds (from 160.7 to 53.4 per 1000) [World Bank Working Paper] and the primary school completion rate almost doubled between 1990 and 2012. On the other hand, economic stagnation and political turmoil have stalled many other aspects of development in Madagascar: extreme poverty has deepened and is affecting an increasing number of people. GDP per capita has continued its downward trend since 1960 (see graph), while it has on average more than doubled in the rest of sub-Saharan Africa. This unusual trend has been labelled the “Madagascan Paradox”. 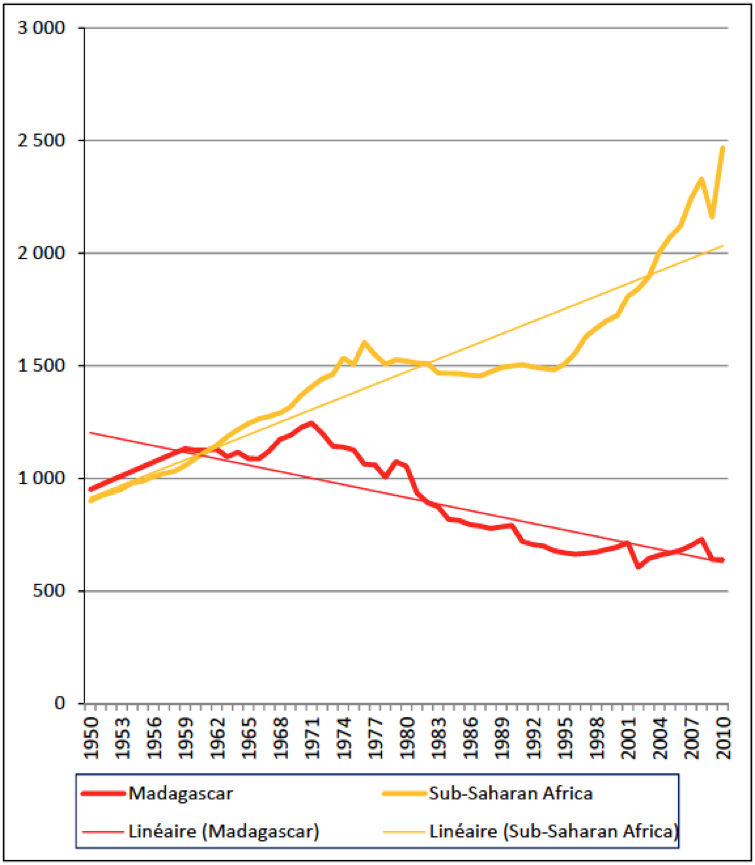 Figure 1: GDP per capita in Madagascar and Sub-Saharan Africa. The long-term economic decline seen in Madagascar is highly unusual for the region (Source: Razafindrakoto et al. 2013).

These statistics paint a complex picture of the development trends affecting Madagascar. While demographic and healthcare indicators are improving, economic stagnation and ecological decline pose serious challenges for the future. A new government was elected in 2014, marking the end of the long-drawn political crisis, and the country has been able to regain the support of international agencies such as the IMF and the World Bank. This will hopefully help get Madagascar back on track towards sustainable and comprehensive development, but political tensions still linger. Madagascar faces a truly tremendous task.