Manambaro is a small village at the southernmost point of the Island, about 15 miles from the Indian Ocean and half an hour by car from the town of Fort Dauphin. Despite its basic facilities, this outlying hospital is crucial in the area and offers treatment for a broad spectrum of diseases.

THE RAVAGES OF TIME

The local population lives by subsistence farming, frequently disrupted by the droughts and natural disasters which plague the island. The hospital was founded in 1954 by an American Lutheran mission. As is often the case with SALFA (Lutheran) hospitals, years of wear and tear, lack of maintenance and funding have left their mark. The hospital has nearly closed several times in recent years. 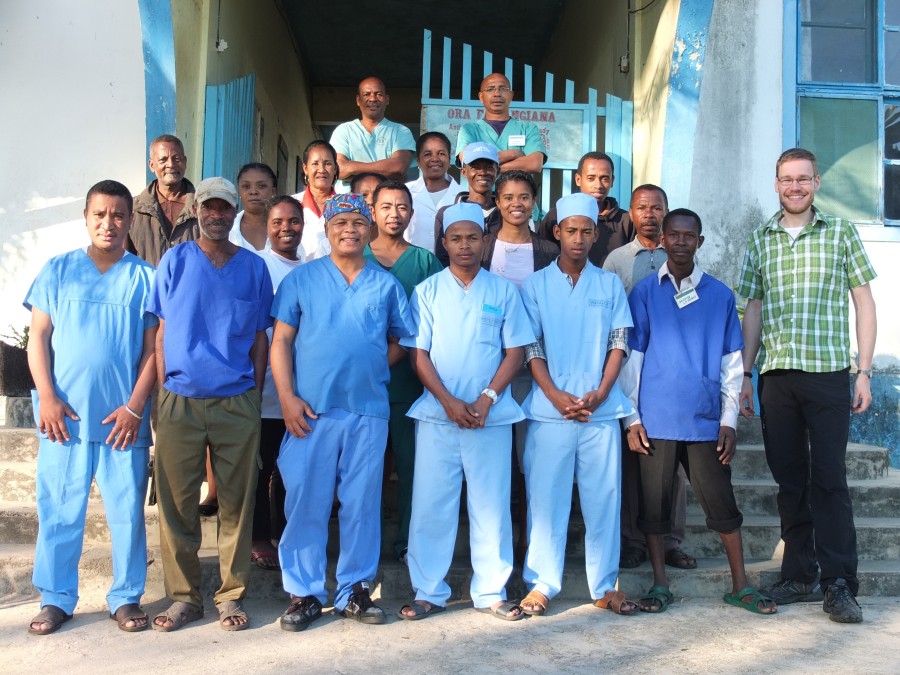 The team of the Hopitaly SALFA Manambaro has 3 doctors, 2 midwives and 15 nurses and supporting staff.
HOPE TO REVIVE A HOSPITAL

Due to poor health care in the area, many patients arrive at the hospital with illnesses already far advanced. The hospital, predictably, lacks funds and equipment. Any number of problems need to be faced daily. Due to a shortage of surgical gloves, disposal gloves are sterilized and reused. Medicines are rationed, the x-ray unit is defective and cracks make disinfection of the floor difficult. 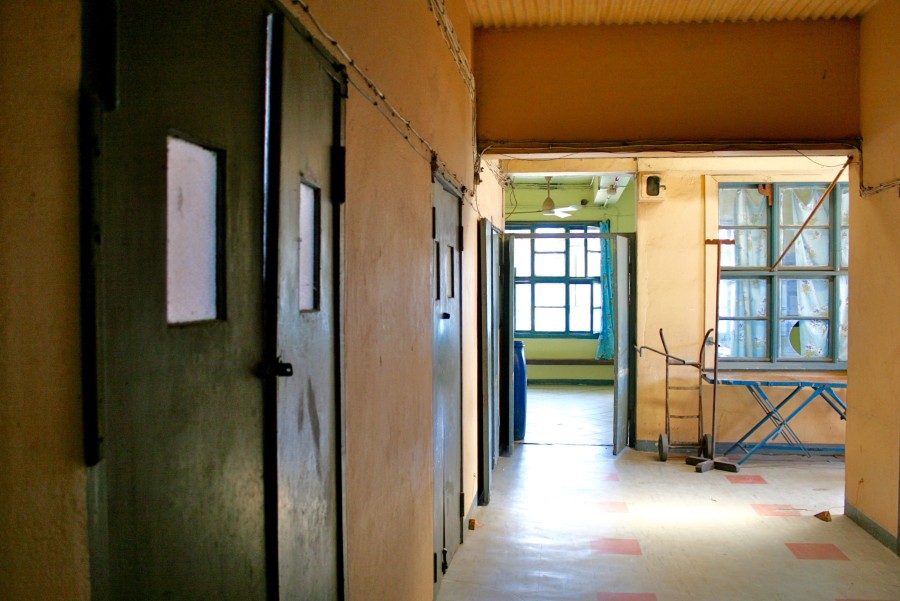 The clinic was first opened in the 1950s, but has been remodelled and renovated several times since then.

But things are looking up: In March 2015, Dr. Heuric Rakotomalala took over and now manages the hospital with his wife, Mireille, also a doctor, reconstructing and expanding it. With the help of donations - also from other charitable organisations - a new water supply with filters for decontamination and a solar power plant for the hospital and the surrounding buildings were installed. 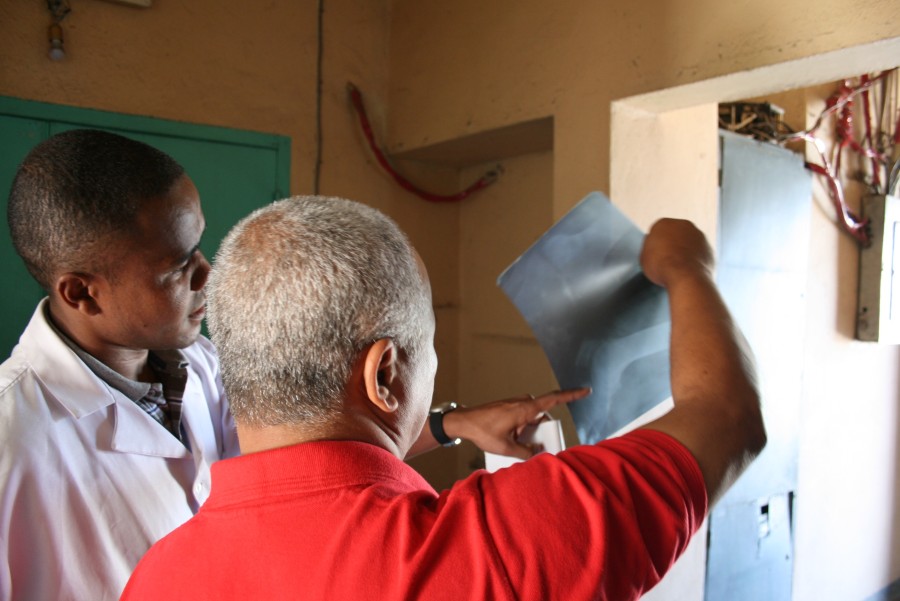 Dr. Heuric discusses an x-ray image with a colleague prior to surgery.

Despite the enormous challenges, the couple have done well in balancing hospital management and medicine, thanks to the right mix of competence and human kindness, seriousness and humour. Despite frequent feelings of being caught in a losing battle, they have in no time at all transformed a desolate bush hospital into a functioning one. Word has spread; the number of patients has increased steadily. The development of basic health care provides an impetus for improving regional infrastructure, like the construction of a paved road to the hospital and the provision of electrical power as far as the village - positive steps towards mitigating poverty in southern Madagascar. 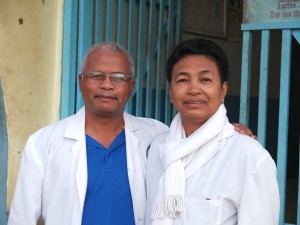 Dr Heuric started to volunteer in several hospitals in the capital while he was still at medical school, because then as now, there was a great lack in trained medical staff in Madagascar. Through this, Heuric came face to face with a great range of severe surgical cases and he decided to train in this speciality. In 1989, he founded a Lutheran church hospital in Amparamanina-Alaotra, which he led successfully for several years. He then started on a training programme with the Pan-African Academy of Christian Surgeons, which included placements in Cameroon, Denmark, South Africa, Malawi and Kenya. He became the first pediatric surgeon to be trained through this programme and is now one of only five surgeons in this specialism in Madagascar.

Dr Mireille, his wife, is a specialist in internal medicine and an expert on HIV with a degree in public health. She and her husband work closely together in treating patients and running the hospital in Manambaro.

Taking up the management of the SALFA hospital in Manambaro proved to be a serious challenge for both. But their close relationship and 17 years of experience of working in healthcare in several African countries have given them a lot of resilience and helped them lead the hospital through difficult times.

They have three children together whom they are home-schooling according to an American curriculum.

THE HOSPITAL AT THE SOUTHERNMOST POINT OF THE ISLAND

About 20 kilometres from the Indian Ocean and half an hour by car from the town of Fort Dauphin.